Many healthcare professionals like to prescribe drugs, sometimes unnecessarily. Much of the doctor’s education about drug dosages and side effects comes from drug companies. Naturally, drug companies like to maximize benefits and minimize risks. Consequently, many doctors are under educated about medication side effects and risks, which may put children at risk. Maci’s TEAMS will restore balance between the benefits and risks of allergy and asthma medications in children.

It is also important to know that many times the child’s parent has the first opportunity to notice that something is wrong. This is a result of spending much more time with the child than the healthcare professional, who may go six months between visits. It is for this reason that parents should educate themselves on the physical signs of adrenal insufficiency, which may be life threatening.

What is adrenal insufficiency?

Adrenal insufficiency is an endocrine, or hormonal, disorder 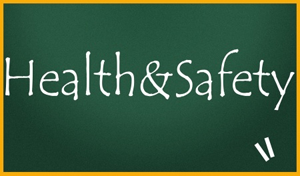 Other symptoms of adrenal insufficiency can include 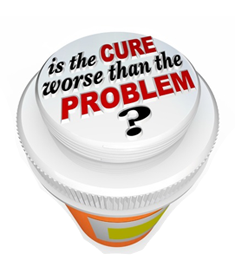 Hyperpigmentation, or darkening of the skin, can occur in Addison’s disease. This darkening is most visible on scars; skin folds; pressure points such as the elbows, knees, knuckles, and toes; lips; and mucous membranes such as the lining of the cheek.

The slowly progressing symptoms of adrenal insufficiency are often ignored until a stressful event, such as surgery, a severe injury, an illness, or pregnancy, causes them to worsen.

Symptoms of Iatrogenic Cushing Syndrome – Most people with Cushing syndrome have:

Skin changes that are often seen:

Muscle and bone changes include:

Other symptoms that may occur include:

If not treated, an adrenal crisis can cause death.